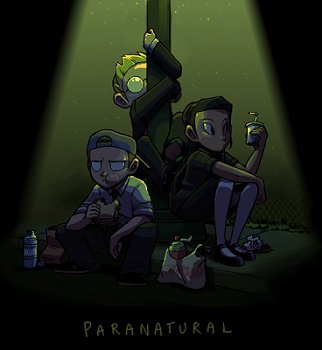 The main protagonist is a youth named Maxwell Puckett who just moved into the local setting called Mayview with his father and little sister Zoey. It soon turns out that the town is haunted by ghosts and other supernatural creatures, which only a handful of people, Max included, can see.