The Tokyo 2020 Olympic Games will feature a record 33 competitions and 339 events held across 42 competition venues. Where are the best scheduling resources and Olympic Games lists for the 2020 Tokyo Olympic Games (that will be played out in 2021 due to the pandemic delay)? For those trying to keep up with the daily barrage of Olympics 2021 events happening across the various time zones or to even learn what event activities are part of the Olympic Games list, it can be a vexing matter indeed.

You can find listed below some of the best Olympics 2021 schedule resources that may help keep track of the daily competitions and when they happen as well as provide a listing of all sporting events. Although these Olympic Games are being played out in 2021, the title for this Olympics is Tokyo 2020 (officially the Games of the XXXII Olympiad) as the event was postponed in March 2020 as a result of the COVID-19 pandemic. A final decision has been passed that no spectators will be permitted at any Tokyo 2020 events taking place at the Sapporo Dome in Hokkaido. 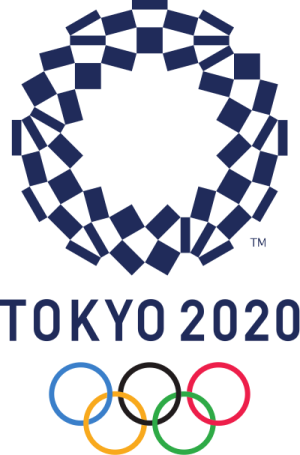 The official logo of the 2020 Tokyo Olympics

A daily competition schedule is available to view. It resembles an easy-to-use chart that lists all the competitions, the days they are happening on. Simply tap on the icon for each schedule to see it in detail. View the Tokyo 2020 Olympic schedule at this link. This schedule is presented by Tokyo 2020, and it is the Official page of the Tokyo 2020 Olympic and Paralympic Games for schedule, information, and additional resources. The competition schedule was amended to reflect the new dates following the postponement of the Olympic Games and may be subject to change.

NBC Olympics is the U.S. broadcast rights holder to all Summer and Winter Games through the year 2032. NBC television network is the official partner for television coverage to North America of the Olympics. It has been so since the 1964 games, also in Tokyo. NBC TV has posted their version of the full TV listings at the link. Besides scheduling concerns, the network provides podcast episodes, live streaming via the Internet, and also keeps track of the medal count which can be viewed at this link.

Established in Paris in 1894, the IOC is the supreme authority of the Olympic Movement, a federation of international and local government institutions bound to upholding the Olympic charter. With a website that is comprehensively laid out with all kinds of updated information on the Olympic games, they also include a link to the schedule of the 2020 Tokyo Olympics at this link.

The venerable information and reference site Wikipedia maintains a schedule for the Tokyo 2020 games, along with a treasure trove of historical and background information and links to other sources on the Olympic Movement. The page titled, “2020 Summer Olympics," can be found at this link  and the Olympic schedule can be found near the bottom of the page when scrolling downward.

Canada's national public broadcaster with a unique feature to offer diverse regional and cultural perspectives in English, French, and eight Aboriginal languages, has posted a clear day-by-day Olympic games list and upcoming schedule. Competition results can also be found here too. You can view Olympic games list and schedule at this link. There are live Olympic Games video feeds that are available at this site.

Twitter is great at live updating with 24-hours of webcasting from around the world through its services such as Twitter Moments and Trending, recognized news sources, as well as citizen journalists. Things should be no different with the 2021 Summer Olympics, as you should expect a constant flow of text, video and photo depictions of the live Olympics as they are happening. The Tokyo Organizing Committee of the Olympic and Paralympic Games has set up its official Twitter account to deliver timely news and information on the latest Tokyo Olympic results and developments.

The official Twitter handle of the 2021 (or 2020) Tokyo Olympics is: @Tokyo2020 and this is the link to the official Twitter page. Additionally, the Tokyo Organizing Committee has assigned an official hashtag, #Toktyo2020, to mark and identify related posts made on behalf of the 2020 Tokyo Olympics. Other hashtags that could work just as well would be #TokyoOlympics and #olympics. The Tokyo Organising Committee of the Olympic and Paralympic Games maintains a Facebook page at this link, and they have an Instagram account here.

While there is no known free stream (legal, that is) of the 2021 #TokyoOlympics, Twitter will offer viewers a chance to catch nightly live look-ins of top competitions and "Talkin' Tokyo" hosted by Adam Rippon and LaChina Robinson daily from @NBCOlympics.