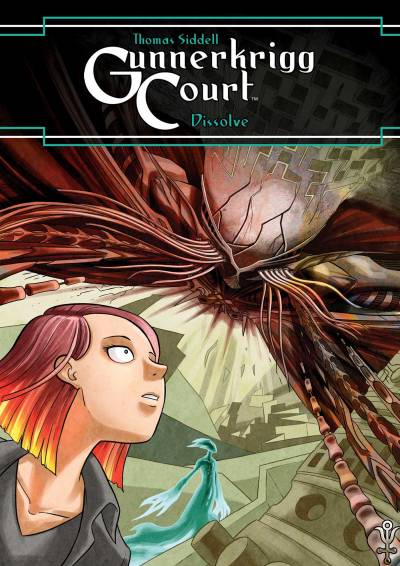 Gunnerkrigg Court, a Science Fantasy Webcomic by Tom Siddell, follows the adventures and misadventures of Antimony Carver and her best friend Katerina Donlan (Kat) in solving the mysteries and riddles of their strange school.

Gunnerkrigg Court, an institution located somewhere in the United Kingdom, and though it is a boarding school, resembles an urban-industrial complex, with the size of a small city. The story is deeply rooted in world mythology, but also has a focus on science (chemistry and robotics, most prominently) as well. In this gloomy setting. Antimony Carver begins classes at the eponymous U.K. Boarding School and soon notices that strange events are happening. She is able to draw the technically-minded Kat, whose parents both teach at the Court, into her investigations of the Court's mysteries.

But every answer they receive raises more questions: about Gunnerkrigg Court, about their fellow students, about the wooded areas just across the river, and about their own parents. Annie and Kat also uncover the story of a truly frightening ghost woman, whose portrait is worshiped by Gunnerkrigg's crew of golem robots and who seems to be the key to some of the school's greatest mysteries.