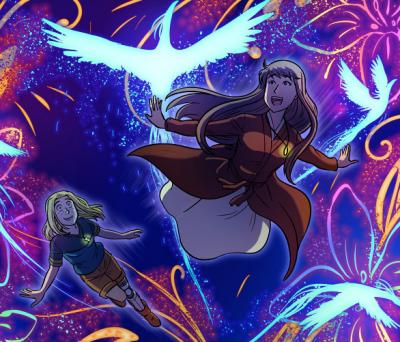 Gaia is an epic high fantasy webcomic about a group of friends who unexpectedly become entangled in a web of intrigue that could result in war, or even a threat to life itself. The comic is based on a campaign which was developed by Oliver Knörzer (Novil), his mother Ute Knörzer (Milena) and some other team members as a mod for the computer game "Neverwinter Nights 2" in 2004 and 2005.

The project was eventually cancelled, but a large amount of dialog had already been written for the campaign at that point. The game’s content was eventually taken as source material for the comic. Gaia was nominated as “Best Overall Comic” and won the “Best Longform Comic” category at the Wild Webcomic Review Awards for the best webcomics of 2014.

Gaia: Will you come along?
Tweets by CoolFireTech
Copyright © 2002 - 2022 Cool Fire Technology LLC