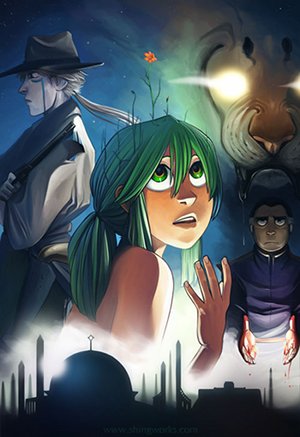 The Meek is a graphic novel about Angora, a scantily clad and inexperienced jungle girl with green hair who has been sent on a quest to save the world from a spreading war, terror, crime, disease and revolution. It has been written and illustrated by author/owner Der-shing Helmer since 2008. It tells the story of Angora, a young girl with magical abilities to control plants, as she is trying to reach a place she refers to as "the center" while on a quest to save the world from Luca DeSadar, the Emperor of the North, and his hellish adviser. Some issues of the webcomic are considered NSFW with some nudity.